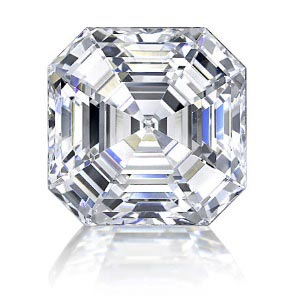 A little fact about me; I want to teleport back in time and live in the 1920s. Unfortunately, that mode of transport has yet to be invented and so I concede that I will have to make do with some more reasonable nods to the Gatsby era. Cue the asscher cut diamond, which embodies all of the elegance and grace of that period. I mean, who wouldn’t love walking around with a little piece of art deco style on their finger all day?

The History of the Asscher Cut

Back in the early 20th century, Joseph Asscher was entrusted by the King of England (wowzers) to cut the largest colorless diamond ever found...The Cullinan. So to say he was a master diamond cutter, is an understatement! You can read more about the Cullinan here and look at the picture of what it became below, but back to the story or Mr. Asscher. 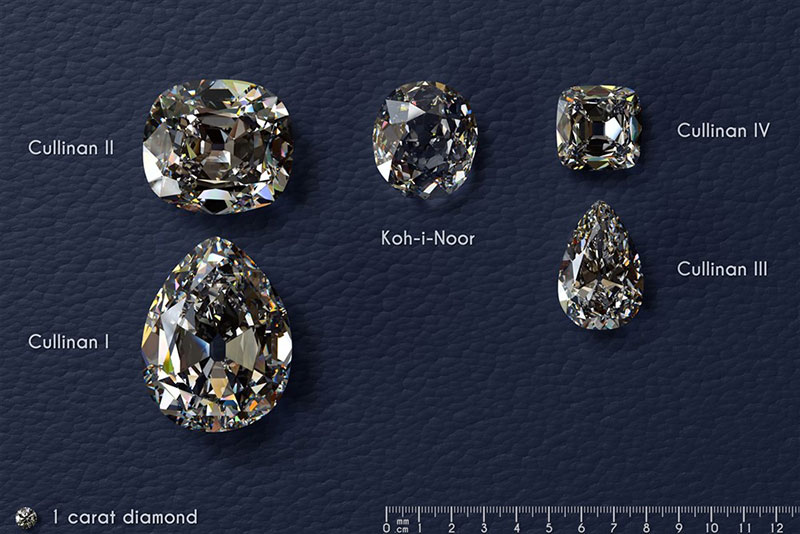 The Asscher Diamond Company was founded in 1854. Under the direction of Joseph and his brother Abraham, the business flourished. The two men became so good at cutting diamonds that they decided to create their own unique cut. Enter the Asscher...a clever diamond shape with a not so clever name (but one that would go down in history no doubt). It became the first diamond cut to ever be patented and became the symbolic shape of the 1920s!

Just like the emerald cut, the asscher has ‘step’ cut facets rather than the ‘brilliant’ cut facets of the round diamonds. Unlike the emerald cut, they have these uber cool angled corners which make them look more octagonal than square. For me, there is something just a little bit funkier about an Asscher cut diamond...it’s like looking down into a kaleidoscope. Look at this bad boy for a good comparison; 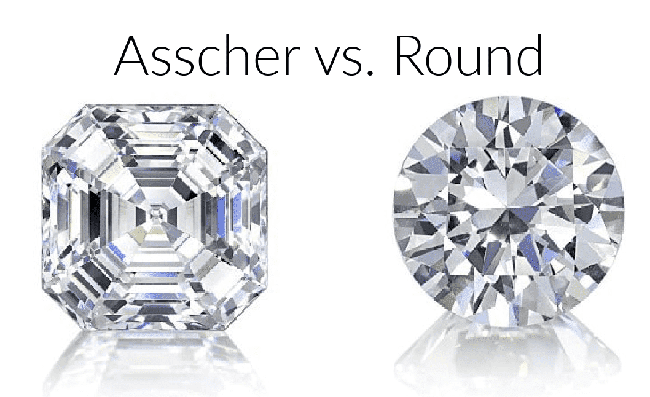 Since asschers have more facets, you get much more sparkle out of them than with the emerald cut (although not anything like a brilliant cut so don’t get your hopes up there). Look at me, managing your expectations like a pro! You’re welcome.

One of the downsides of asschers though, is that they tend to look smaller than other diamonds of the same weight. Some people suggest that this is because much of the stone’s weight is underneath, but I believe it has more to do with those gorgeous tapered edges and hypnotic ‘square within a square’ vibe going on in the center of the stones themselves. It really does look like your eye is being drawn into the center. That said, I wouldn’t say no if someone gave me one. I repeat…. I wouldn’t say no. Plus, you can just overcome this size issue by buying a MASSIVE asscher.

Now be careful with the length to width ratio with these babies, we want as near to a perfect square as possible, otherwise it’s just a crime.

The farther away from a ratio of 1.00, the more rectangle the diamond will appear. That being said, you can get rectangular asschers (and they are just a beautiful as the squares), but my attitude is if you’re going with rectangle, commit to it 100%.

Finally, the advice I will give you on color and clarity is the same as with the emerald. This cut may be a knockout, but it will not tolerate low clarity grades and mediocre color grades...say no to low clarity and color grades with asschers.

Since the table facet is large and flat, it gives you an unobstructed view down into the center of the stone. Stick with at least a VS2 clarity grade for these bad boys.

While color is always going to be based on personal preference, we suggest sticking with an H or higher for the asscher cut since the step cut facets make it easier to notice the overall body color. This is good news though, as a G-H color is an affordable option that looks great! 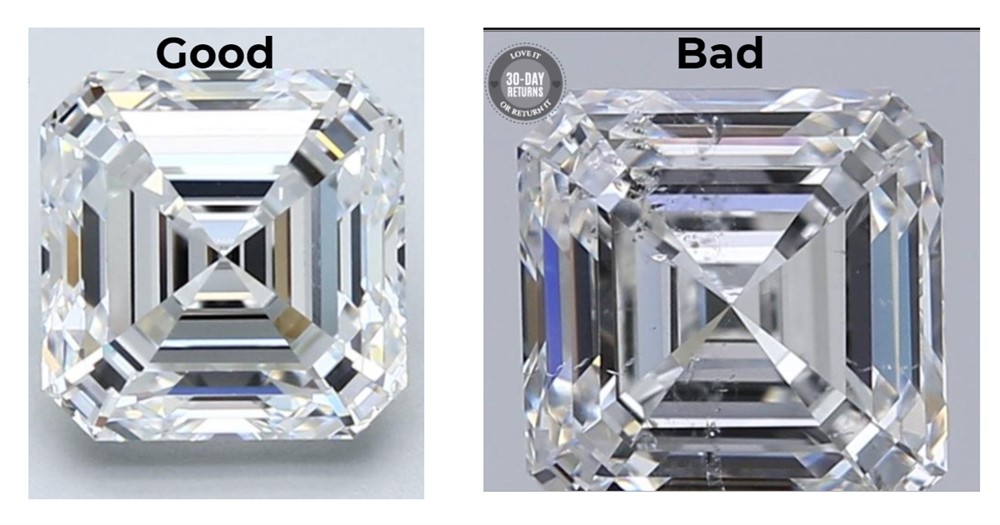 Setting Styles for the Asscher Cut

Since this shape is not the sparkliest of them all (go with a round for more sparkle) it looks great in a halo or pave setting. The added sparkle of the side stones will make the ring have more bling while enhancing the stunning square center stone. Thinking of a pair of studs? Asschers make great earrings! Just look at these beauties and tell me you don't want a pair for yourself. 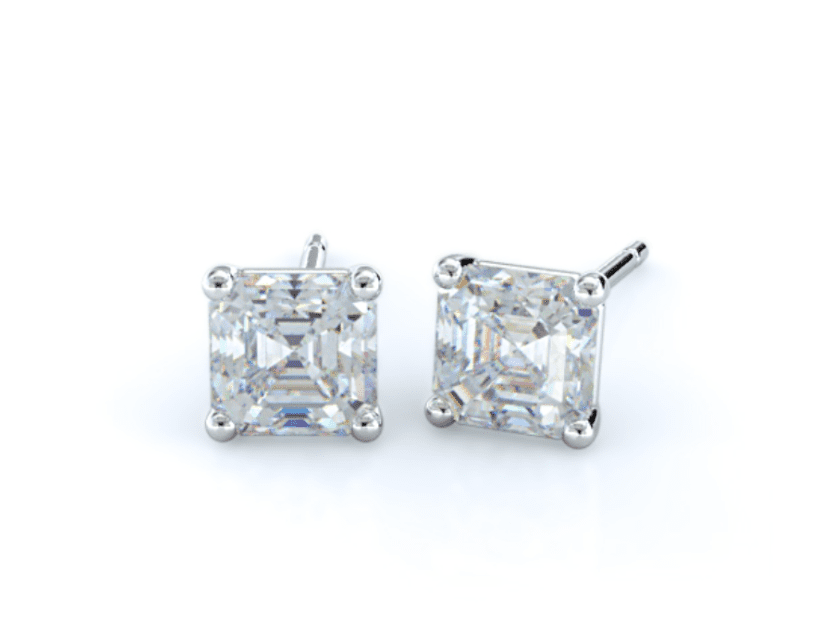 Still Not Sure the Asscher Cut is Right for You?

You can read more about asscher cut diamonds here: