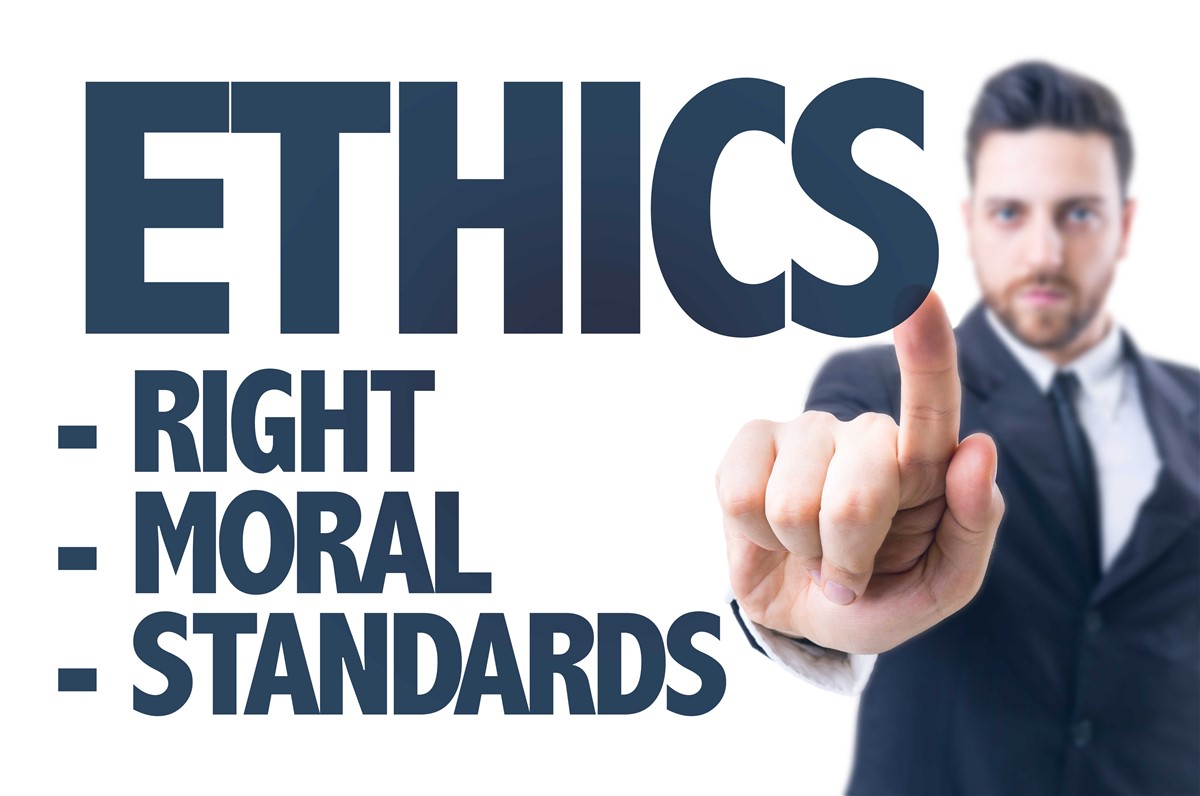 A hallmark trait of modern diamond buyers is a concern about the environmental and social impact generated during the mining or synthesis of stones. This worry is foremost, particularly, in the minds of younger buyers. Such awareness began with the widely publicized problems of the late twentieth century regarding the diamond mining process. Specifically, issues surrounding the living conditions of mineworkers and the funneling of profits to fund political conflicts. The product of illicit conditions are commonly termed “blood diamonds”. More than ever, individuals want to know where their diamonds come from and how they found their way into their hands. When addressing the ethics of diamond-related issues, there are three primary topics to examine: mining, stone-tracing protocols, and the energy costs of synthesis techniques. 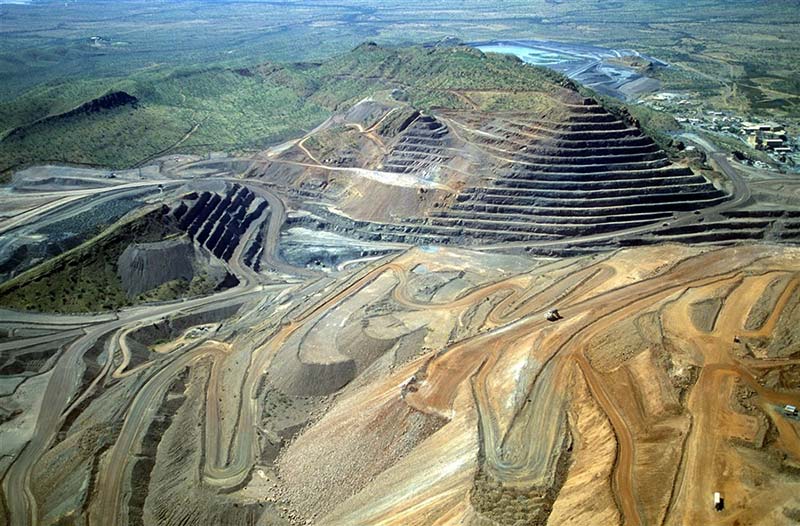 When people envision mining operations, they usually picture open-pit primary source mines. These mines are labor-intensive and can be enormous in scale. Once a diamond deposit is identified, massive holes, sometimes hundreds of meters deep, are dug. Once the pit has reached maximum depth, additional mining may be performed underground.

The most common reaction when people see images of these open-pits is one of awe, followed by concern. These pits appear a first glance to be major scars in the terrain. However, rest assured that the companies who run these mines are concerned for the integrity of the local environment. No mine lasts forever and long-term plans are put in place early to rehabilitate the land after the diamonds have been extracted. 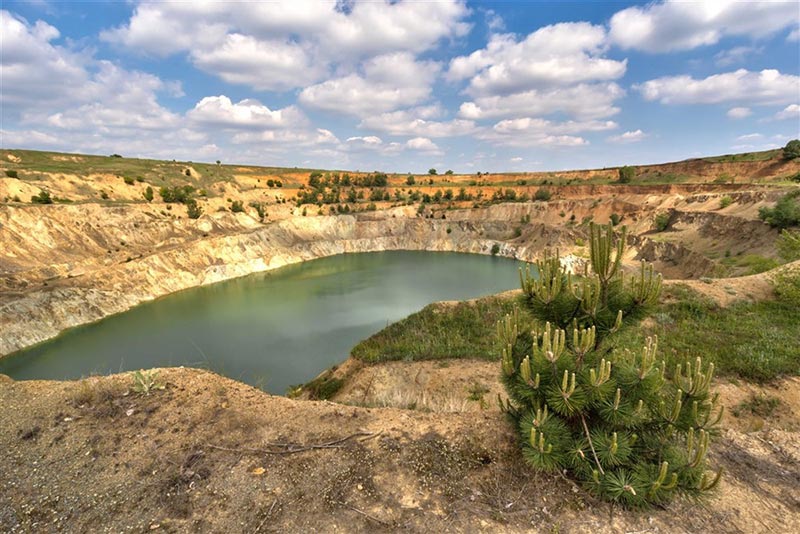 Usually, secondary source mining is less difficult than primary mining. This is because Mother Nature did much of the work for us. Secondary locations hold diamonds that have eroded out of their host rock and have been washed downstream to settle in another location. Some secondary locations still require large-scale operations. Diamonds may even be carried all the way to the ocean where they are vacuumed up by specialized ships with minimal impact to the surrounding environment. Regardless of where they end up, the diamonds’ path to their secondary deposit is a difficult one which involves a lot of wear inflicted on the stones. This works to our advantage as only high-quality stones survive the trip. In fact, there is a rich ocean deposit off the coast of Namibia which boasts about 90-95% of their raw product being considered gem-quality. 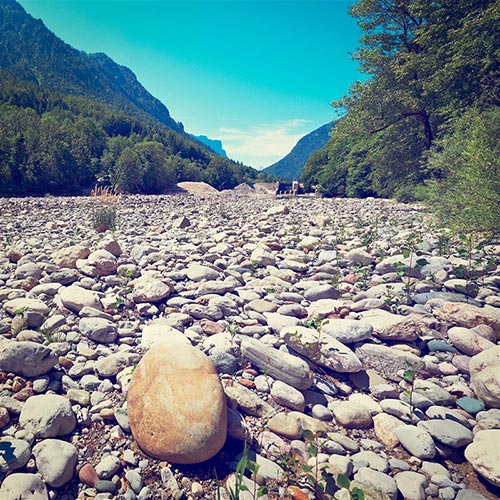 It can be a principal concern of mining companies, whether they focus on primary or secondary deposits, to leave the environment in the best condition possible. From the reconstruction of the landscape to minimizing the carbon footprint of the cumulative mining activities, companies have become much more transparent in their protocols and proactive in their efforts to do as little harm as possible. This should give you peace of mind.

When it comes to the miners themselves, there is a lot of conflicting information out there. While the industry supports millions of people, critics allege crimes such as child labor and poor working conditions, particularly in smaller-scale mines in third-world countries. It is undeniable that the life of a diamond miner historically has been a difficult one, to say the least. In general, working conditions have improved with each passing year and large mining companies pride themselves on training and employing a local workforce. It is also true that profits gleaned from some diamond sources once funded conflict. However, there has been so much recent public concern about these issues that both mining companies and diamond buyers have been forced to address them head-on.

These improvements have been accelerated due to public activism. Wanting to know how a diamond is mined leads us to the next area of concern, where the recording of provenance of individual diamonds has become more important. 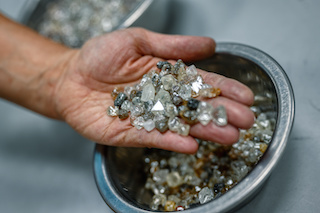 There are international trade organizations in place to oversee the supply chain and stamp out the production and sale of blood diamonds. Specifically, the Kimberley Process Certification Scheme (KPCS) is a trade regime that was established in 2003 and has enlisted a total of 82 countries, including the US and the European Union, to comply with their policies. Members of KPCS commit to transparent supply chains and will only do business with other KPCS participants. They claim that their efforts have eliminated 99.8% of all new conflict diamonds.

Lab Grown diamonds are an identical and affordable alternative for individuals who have concerns regarding natural diamonds. There are two types of lab grown diamonds on the market: high pressure, high temperature (HPHT) and chemical vapor deposition (CVD). What’s great about these stones is that you don’t have to worry about conditions and wages for miners. Additionally, the large open-pit mines and their associated environmental costs are not applicable.

However, diamond synthesis is not an easy task and has energy requirements. Unfortunately, it is difficult to nail down the environmental impact that individual factories have. Not only is data confusing, but different locations use different types of energy (solar, hydro, coal, etc.) which have dissimilar yields and byproducts. Another concern with synthetics is that entire factories can be managed by a handful of employees while mines support entire communities of workers and their families.

Also, we should remember that, like most natural resources, there is a limited quantity of diamonds out there to retrieve. Some experts predict that most sources will be exhausted within fifty years. Whatever the actual timeline, in anticipation of decreased availability of natural stones, it makes sense for the industry to start educating buyers about synthetic options while perfecting the necessary techniques and technologies to create them.

So, both the mining of natural stones and the synthesis of man-made diamonds have advantages and drawbacks. As the result of both processes yields identical-looking stones, you have the flexibility to make your own choice based on your individual priorities and budget.

The bottom line is this – knowing that there are so many people in the diamond trade who are just as concerned about the social and environmental impact of the industry as you are, should make you feel much more confident that the diamonds you buy (both natural and synthetic) have come from ethical and responsible supply chains. No system is perfect, but a lot of individuals, companies, and entire countries have come together and allocated resources toward ensuring conflict-free and environmentally sourced diamonds. When you shop for your own, special, diamond engagement ring, do so with a clear conscience and feeling of excitement! 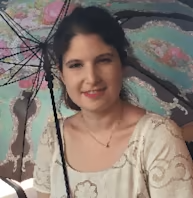 Emily Frontiere
Emily is a GIA Graduate Gemologist and also holds a Master's Degree in Medieval Literature. She has always loved jewelry for its dazzling allure, but her interest in the field was greatly increased when reading in school about medieval sensibilities in regards to gemstones i.e. their use as medicines or talismans.
Get in touch
Chat Now - Gemologists Online(855) 720-4858help@rarecarat.com
Rare Carat
20 W 47th St, New York, NY 100362000 Town Center, Southfield MI 48075
For In-Person Consultations