Welcome to our fabulous series on diamond inclusions! Here you will find buckets of info on all manner of weird and strange sounding things like bearded girdles, bruises, clouds, and crystals. This particular post focuses on inclusions called ‘etch channels’ and if you haven't already I suggest that you click here to get started. Done? Great. Let’s move on.

What is a Diamond Etch Channel?

Let’s be honest folks, an etch channel sounds like it should be a cable TV channel devoted to people playing with Etch a Sketch (I would watch that). It’s actually a funky sounding inclusion found in diamonds. Although it’s a naturally occurring, it can look very much like a laser drill hole, and can sometimes be mistaken for one (and vice versa).

This particular natural inclusion looks like a tiny tunnel burrowing into the diamond from the surface, kinda like a worm eating its way into a piece of fruit, but not nearly as gross. These types of inclusions are formed when the diamond is being pushed up through the earth’s crust to the surface. During its exit, high-temperature hydrothermal fluid pushed into the diamond, causing dissolution. 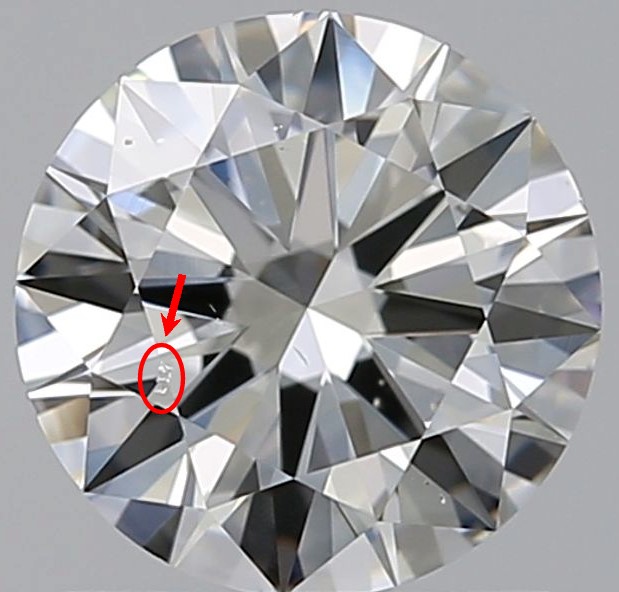 So should you buy a diamond with such a small, innocent looking inclusion? It’s totally up to you, but we think it’s better to avoid them. The problem is that they can cause headaches down the road, but it depends on the amount and where they are located. If there’s a lot or near the girdle, steer clear. If there only 1 or 2 in the pavilion it gets a thumb’s up.

Before you go, I want to impart one final pearl of wisdom about these little babies. Because they can look so similar to laser drill holes (you can read all about them later in the series), it is important for you to wrap your eyes around that diamond grading certificate for specific information. In particular you want to be looking out for anything in the ‘comments’ section that suggests any man-made inclusions or explicitly mentions ‘internal laser drilling’. Laser drill diamonds are worth less on average than natural, untreated stones (even ones with etched channels), so you don’t want to get bamboozled here guys and girls. Bamboozlement is not ideal.