What is a Yellow Diamond? | Rare Carat 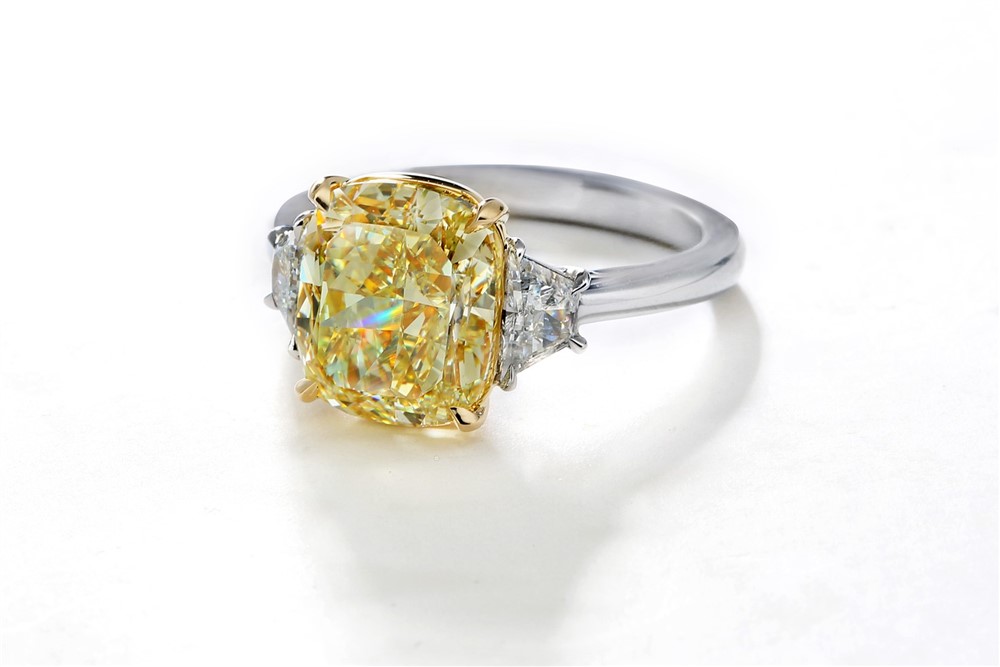 Where Does the Yellow Come From?

We have all heard that a diamond is made from carbon, the same element in pencil lead or humans. But what they don't usually tell you is that nine times out of ten, it’s not pure carbon. Sometimes, just like in life, mother nature likes to sprinkle in a little happy surprise. To understand a bit of the science here (I promise it's not going to be a boring high school chemistry class) let’s think of lego’s. Every dot on the lego can only connect with another brick. Now, think of the carbon atoms as a lego brick with 4 little dots on top. (These little dots are stand-ins for valence electrons.) These little dots can happily connect with another carbon lego brick and they do most of the time. But a nitrogen lego with 5 dots can also join the dot party and connect with the carbon lego with 4 dots. So what does that 1 extra dot do? It produces a disruption to the pattern of 4 to 4 carbon connection and causes what scientists refer to as a lattice defect (lattice as in the pattern of atoms & defect as in disruption of the pattern). Just as the wise Bob Ross has said, “We don't make mistakes, we have happy little accidents.” These “happy little accidents” produce the wonderful yellow color in a diamond. (See, now that wasn't nearly as bad as your high school chem. class.) 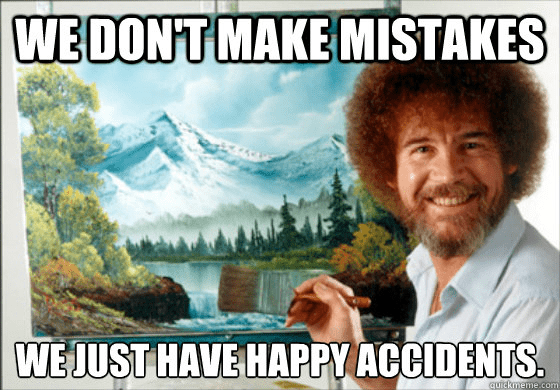 What makes a diamond with yellow body color a “fancy” yellow? Let's go back to the legos. Imagine that you have a tub of legos and you need to make some "lego" diamonds. So you scoop up some carbon blocks, but every so often you would get some nitrogen blocks in the mix. You haven't got all day, so you add them to your diamond. That’s pretty much what happens when diamonds form.

Since nitrogen is very abundant (78% of the air that you just breathed in), it is very hard to get only carbon in a diamond. About 98% of all diamonds have some nitrogen impurities that cause a yellowish tint. To separate the truly beautiful yellow from the more common slightly yellow diamonds, GIA and other laboratories have separated them into somewhat colorless diamonds and "fancy" yellow diamonds. Just like in life, if you want to be fabulous and fancy, then you should go all in.

The GIA color grading scale goes from D-Z, once it passes the threshold of Z, it becomes a “fancy” colored diamond. Once it is deemed a fancy yellow, it can fall into the following category: Fancy Light Yellow, Fancy Yellow, Fancy Intense Yellow, Fancy Vivid Yellow, and Fancy Deep Yellow. Among these color grades, Fancy Vivid Yellow is the most desirable and most valuable. You might also hear the term Canary Yellow (yeah that cute little yellow bird) or Zimi (a diamond mine in Sierra Leone) Yellow to describe some of the best fancy vivid yellows in the trade.

As we said earlier, all that’s needed for the yellow color is a little distortion among the "lego" bricks, so some clever individual came up with the idea of using radiation followed by heating to create it.

The irradiation process smacks the carbon atoms out of place to achieve color in a colorless diamond. This process is usually followed by fine-tuning the results with controlled heating called annealing. While yielding good results, the irradiation and annealing method is considered a semi-permanent treatment, because heating during jewelry repair could alter the color.

Another way to achieve a more permanent yellow color is High-Temperature and High-Pressure Treatment (HTHP). Similar to the idea of smacking the carbon atoms out of place, the HTHP method alters the lattice structure with sheer force. Because HTHP simulates the condition deep in the earth when a diamond is formed, the results are stable and no amount of jeweler's blowtorching can ever touch that.

Lastly, the most ancient (like ancient Greece ancient) method is just to paint it yellow by using a myriad of different materials. But these treatments are often easily scratched, thus unstable.

While it all sounds very worrying, the truth is that color enhancement is relatively rare and readily detected in labs like GIA and IGI. Always ask for a color diamond report, especially from GIA, an industry leader in researching colored diamonds.

Now that you know the A (annealing) to Z (Zimi) of yellow diamonds, go look for some yellow diamonds and share this with a canary or canary diamond-loving friend. 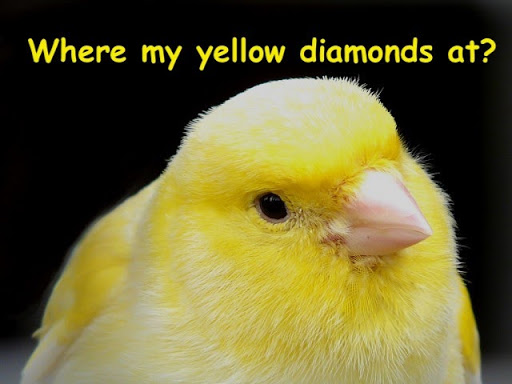