Look. If we could be there, we would. And I don’t mean sitting in a nearby café waiting for the thumbs up that she/he said yes. I mean the whole Rare Carat team, sitting right there with our chins in our hands, grinning idiotically as you ask the biggest question of your life. Unfortunately, none of our users have asked us to tag along (…yet) so we’ve had to resort to giving you a pep talk via the medium of interpretive dance. Ready? 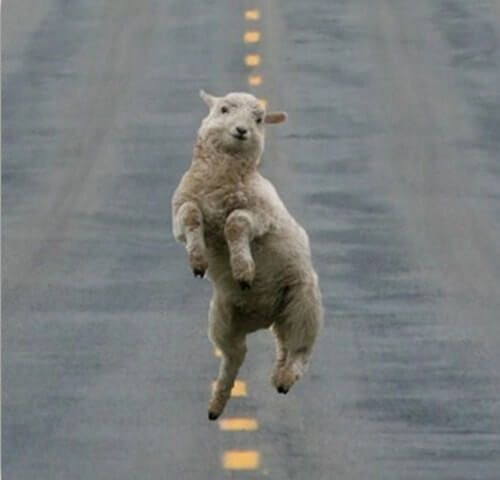 This Translates to “Go Get Em!”

Knowing that some of you might need an extra helping hand (beyond just the dancing sheep), we’ve also decided to create a list of top proposal tips for popping the question, in the hope that you can avoid most of the usual pitfalls of a bad marriage proposal and instead skip off into the sunset with your fabulous new Bride/Groom to-be (kinda like that sheep). Are you ready for our definitive list of Do’s and Don’ts? Of course you are.

Be Sure. This seems like a no-brainer, but honestly this is the most important tip of all. Make sure that both of you are ready for this! Sh*t’s about to real, so you need to be absolutely sure for yourself that this is what you want. You also need to have a good idea of the response you are likely to get. The last thing you need is to be left on your knee like a lemon because you misinterpreted the vibe. You guys have never discussed marriage? Get on that. You’ve spotted her/him pressed up against the jewelry store window shouting ‘MY PRECIOUS’ at the engagement rings? Ya good to go. 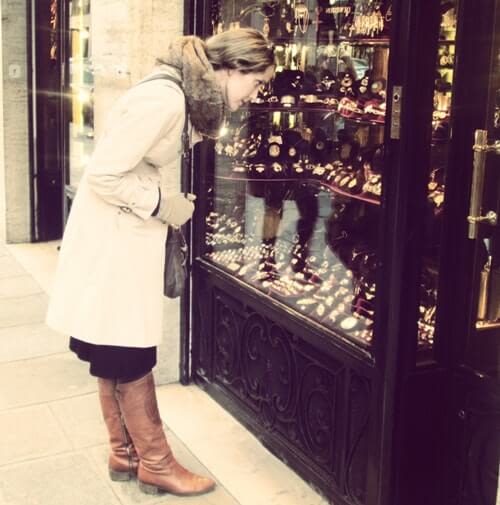 Ask Around. You might want to ask their parents before getting down to business. Now, this is not a blanket tip across the board, because plenty of peeps are not interested in this particular tradition (my husband never did it – although my Father would have delighted in the opportunity to say something stupid like “take her, please!”). However, if you are sure that she/he will would appreciate this sentiment, we say go for it. Not only will you make it all the more special for them, but you will win major brownie points with the in-laws. 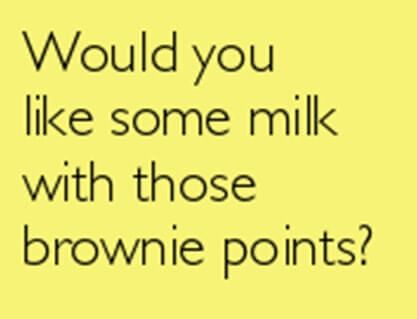 Damn Right you Would

Keep Receipts. Do you feel completely confident about what ring they would like? Do you think they know exactly what they want? Don’t be so sure. Don’t know their ring size? We can actually help with that. Planning to wing the whole ring thing? Oh Honey, no. Often times we think we know what we want, but once we try it on, we hate it. This happens to me at least once a week, and that’s just with pants. Buy the diamond ring, keep the receipt.

Get Personal. It’s often at the planning stage that people get what I like to call ‘The Fraidies’. This is when you start to panic, afraid that what you are doing is too simple/elaborate/rubbish. We suggest that you take a deep breath and think about how you want the moment to be remembered. You want the proposal scenario to be a reflection of who you both are, so for the love of all that is good, don’t just get the fraidies and simply copy someone else’s proposal idea. Try your best to make it personal by incorporating a favorite hobby, or choosing a memorable spot like a favorite restaurant. For instance, I got proposed to outside a college dorm building in the center of London on a rainy Monday morning. Sound strange? Nope, it was actually super romantic because it was the exact spot where my now Husband picked me up on our very first date! See, there doesn’t have to be flash mobs and helicopters for it to be beautiful. 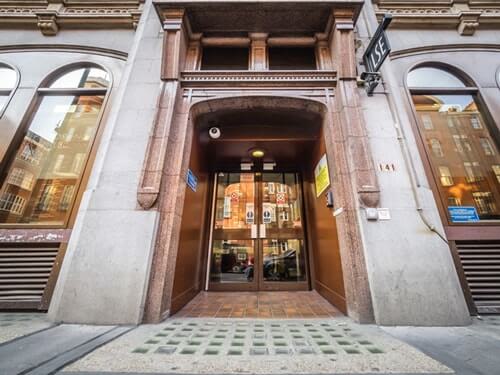 This is the exact door, in case of you were wondering.

Get Down. Guys, the bended knee… we love it. Have we said before that we don’t care about that? We are lying. We want it. WE WANT IT ALL!!!!!!!!!! Also, fancy seeing something that will melt even the coldest of hearts? Watch this. I’m sobbing. 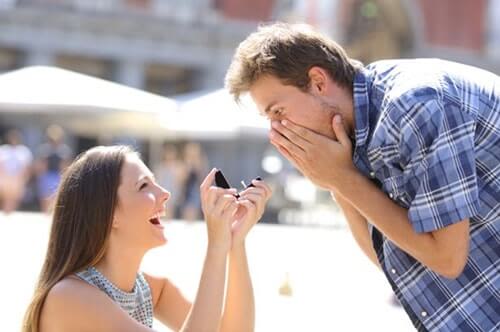 Be Prepared. Look, far be it for us to tell you the exact words to say when asking for their hand. It’s none of our business. But we really, really think that you should have a little spiel prepared. There are two advantages here; the first is that it helps you with the nerves. Having even a rough plan of what you would like to say will help you avoid any nervous rambling. Having a speech prepped (or even some bullet points scribbled in your pocket) will also make sure that you are telling your soon-to-be fiancé/fiancée, not just that you love them, but why!!! Let them know why you want to marry them. Now’s your chance to get soppy! Get so soppy that you almost make yourself cringe. Do it, you won’t regret it. 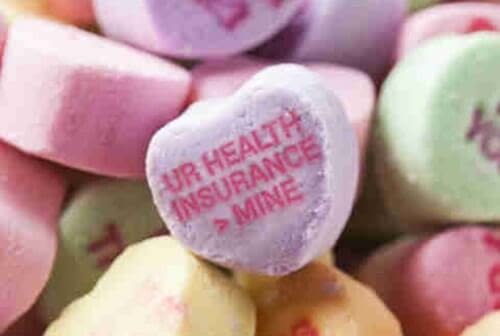 Avoid Crashing. You know that acquaintance you have who always has to one-up you? The person that has run 20k when you’ve run 10. The person who got two Secret Santa gifts when you only bought one? Yeah, don’t be that person. Is it a family member's birthday party? Don’t propose. Are you guys at someone else’s wedding? Don’t propose. Is your girlfriend/boyfriend in the middle of running a gawd damn marathon? DON’T PROPOSE. Let others have their day, and pick a different one just for you! In short, zip it.

No Games. Or concerts for that matter. I know it might seem tempting, but proposing at a ball game (or a gig/musical/play etc.) means that once you have popped the question you kinda have to just sit there. I mean, unless you leave straight away? Weird. That said, if you think that this is the absolute perfect proposal location for you both then at least wait until the end (or half-time/intermission) so that you guys are not sitting through the rest of the game. You will want to be able to have a quiet moment together right away, and this is difficult when surrounded by hundreds of drunk fans. 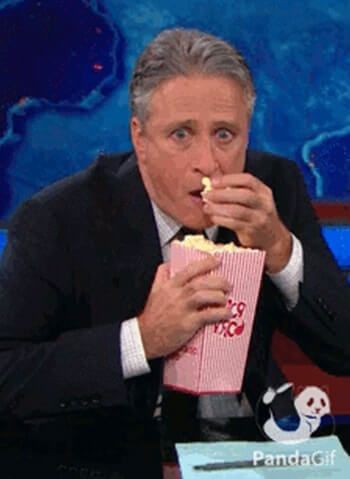 Cliché Away. Try to keep away from movie tropes and cookie-cutter proposals you guys - unless it is something that you know for certain they would love. Have you seen a flash mob proposal on YouTube that you really wanna recreate? Think long a hard before you commit to that. Maybe your soon-to-be Bride/Groom would hate a massive public proposal? You want to make it a complete surprise? Maybe the idea of a surprise proposal would fill them with dread and anxiety!!! Our advice is to try to make sure that you create a scenario that he/she will enjoy, rather than something super elaborate that they might not. 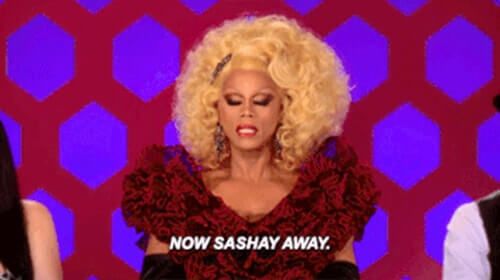 Make Sure You 'Shante You Stay'

Keep It Simple, Stupid. It’s all well and good to have a crazy elaborate idea with many intricate details - you might even have the James Bond equivalent of a proposal idea, but be warned. The more details involved, the higher the chance of something going wrong. The more people involved, the more likely someone will mess up/spill the proverbial beans. Keep things simple, with the minimum number of people involved in order to avoid disaster. And have a back-up plan!!! 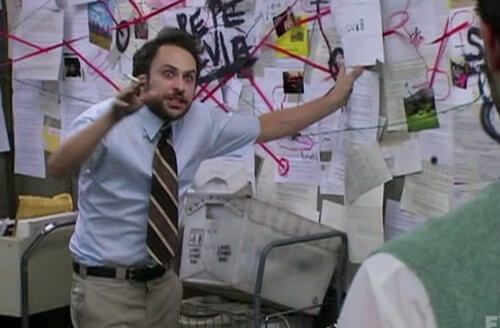 Impractical Magic. Speaking of details, there are defo some you need to keep in mind. What are you wearing? Is it comfortable? Is it smart? Can you hide the ring box well inside your pocket? Can you bend down on one knee in it? Small but important things to think about! You want a nice outfit for the inevitable photos for afterwards, but one that conceals the ring until juuuust the right time. On another practical note, don’t put the ring in their food! Not only is it a terrible cliché, but it’s also potentially dangerous. Avoid a trip to the ER. Please. 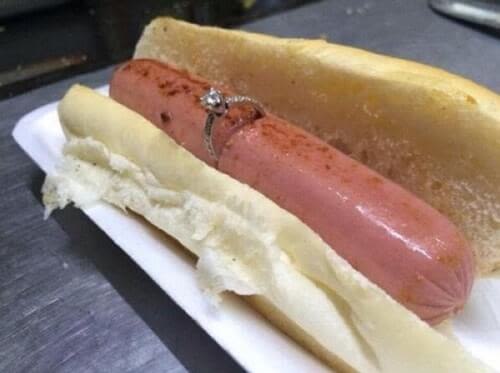 Over Production: It’s one thing to hire a photographer or indeed a videographer to make sure the big moment is captured, but it’s quite another to get lost in the production of it all. You want to make sure that it’s at the right time of day for optimal light? Sure! You want position yourself so that the beautiful view is in the background? We get it! But guys, you’re not directing an episode of ‘This Is Us’ here. You don’t need a script. You don’t need a director. Keep it simple and you will avoid the dreaded ‘over production’, which will be sure to steal some magic out of this super intimate moment. Heed this warning, or end up with a proposal video that looks something like this.

The Over Share: Look, we know that you will be dying to tell people the great news! You might want to rub it in your cousin Tina’s face immediately on Facebook, or make sure that that muppet Todd from the office sees your engagement photo on Instagram first thing tomorrow morning. We get it. But our advice is to slooooooow dooooooown! Enjoy this magical special moment just the two of you for as long as you can, before sharing it with the world. There will be plenty time to (show off) inform people, and believe us - once they are informed they will come with a whole load of opinions and advice. Hold off that moment for as long as you can! 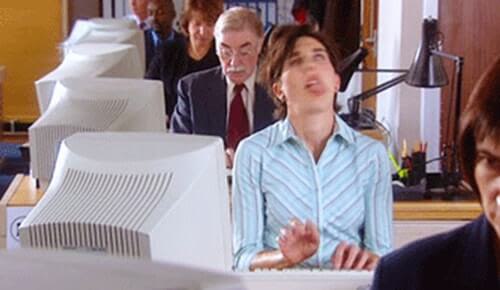 This concludes Part One of our Ultimate Guide to Marriage Proposals. Tune in (tune in?? Rian, this isn't radio) next time for an overview of the coolest proposal ideas. We promise to deliver some pretty awesome and creative proposal ideas so that you're not left proposal planning without any clue what you are doing. We got you! 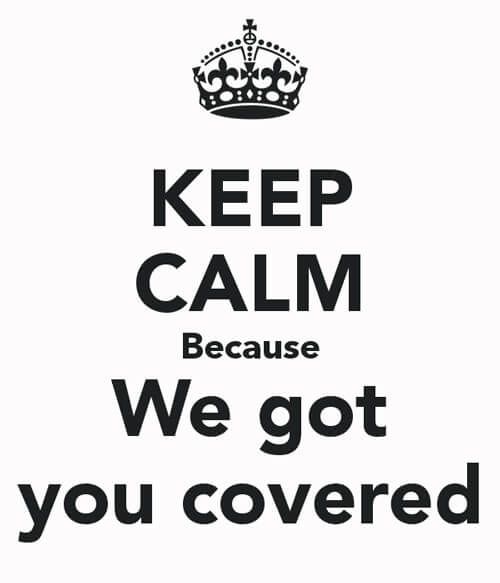