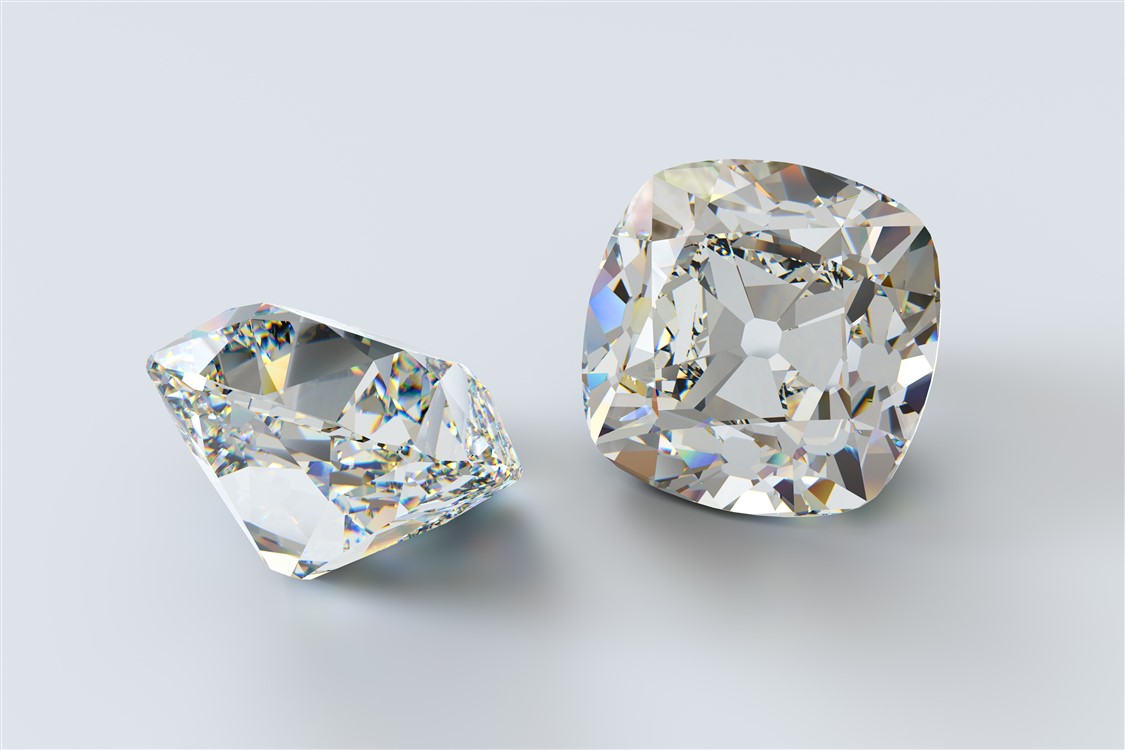 When you look at modern diamond cuts, the number one most popular style is the round brilliant. This is ironically a round shape, with 58 facets, and a tiny culet on the bottom to create a well… brilliant refractive cut that creates the most fire and scintillation of any other cut. The creation of the modern round brilliant did not just come out of nowhere, there were centuries of innovation and ingenuity that lead to the creation of the Old Mine Cut that would be the start of this.

A few decades later, the evolution of the Old Mine would lead to the more refined Old European, and then quickly after we got the modern round brilliant we know and love today. But these predecessors, what's really different between them and what made them so impressive? Let’s take a trip back in time and see what influences created these classic, unique cuts.

The Old Mine Cut 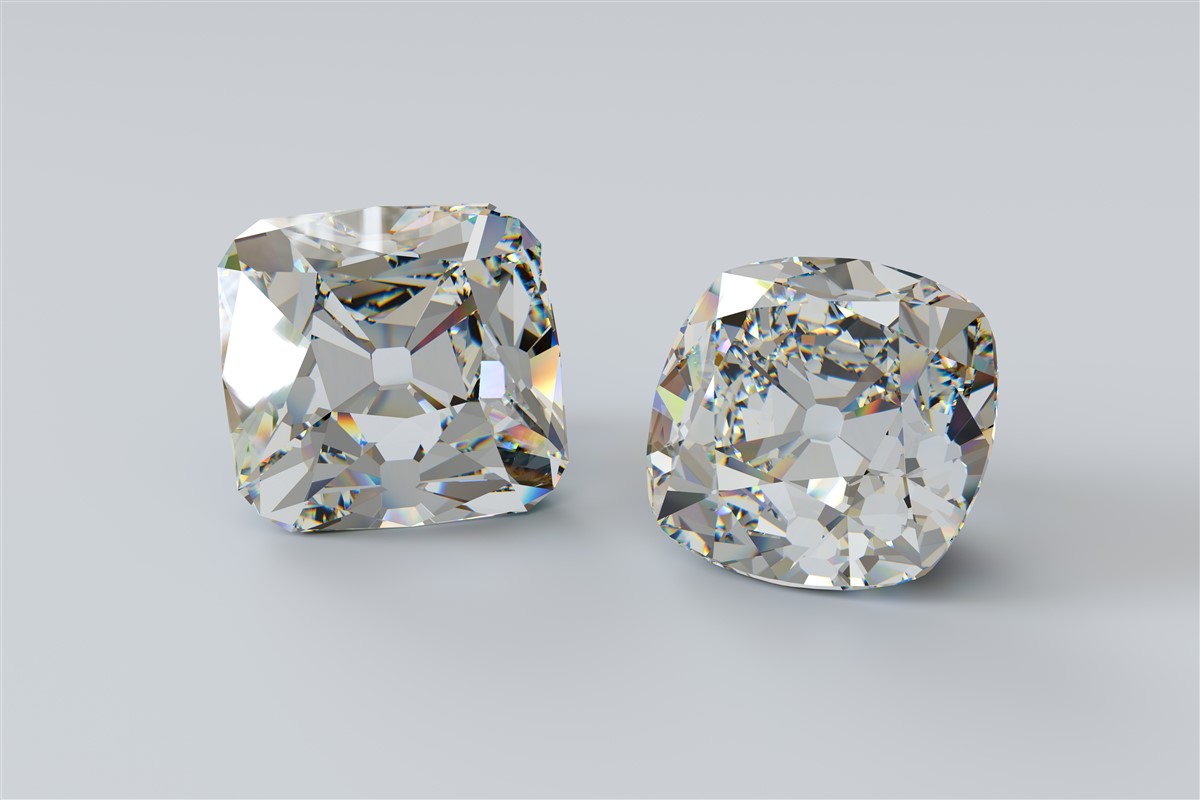 The name comes from the cut that was used on the bulk of diamonds coming from the “old mines” of India and Brazil, before the newer African mines were discovered and developed to start producing the gem-quality stones.

Created in the late 1800s the cut consisted of a square shape, small table, high crown, and 58 facets. The girdle (the outer ring around the middle of the diamond) was often left natural, meaning no polishing was done to allow some of the diamond's natural “skin” to remain as a reminder of its former self.

When you think of the intuition and skill the diamonds cutters had to have to create this cut with the technology available at the time, it's pretty impressive. Instead of trying to create a shape with the tools they had and have it be very imperfect, or even ruin the outer edge, they kept with the diamond's natural square shape and allowed the gem to guide where they placed facets. One of the most noticeable features of the old mine cut is its large, chunky (compared to the pristinely placed ones we are familiar with today) and somewhat imperfect facets, created to sparkle the most under the low light conditions available at the time - like candlelight, gas lamps and moonlight. Talk about mood lighting fit for a romantic diamond! 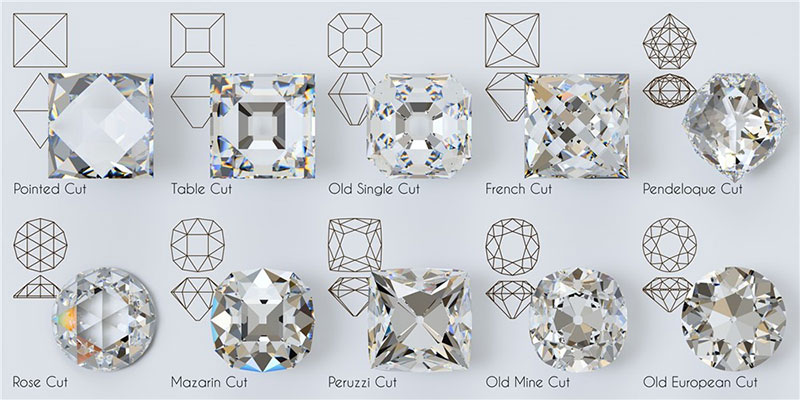 Cut primarily between 1890-1930 the Old European took its cues from the Old Mine Cut with two major exceptions - it is round instead of square, and the facets are longer and more precise. This was due to the creation of the bruting machine that allowed the gem cutters to create round (although at this time still a little imperfect) shaped diamonds. This was a huge advancement at the time- unlike any other cuts, no more straight edges!

Similar again to the Old Mine Cuts, the Old European was cut for diamond weight retention as opposed to brilliance. They were still working with the low lighting conditions of the ages, and the way the facets were arranged delivered about as much refraction as you could achieve at the time. It also had 58 facets, with a slightly smaller culet on the bottom, even still it would create a common characteristic of a small dark circle under the table when looking directly through it.

While there's a lot more similarities than there are differences between the two cut styles, a few things are different:

Old Mine cut: Square shape due to lack of technology at the time Old European: Round shape thanks to the bruting machine

These are definitely an older style cut, and it shows with its character, but they are both classics that are making a comeback. The imperfections and non-exactness add charm to the diamonds, and knowing the diamond was completely handcrafted, each facet placed by eye instead of precise measurement makes it all the more astounding. While diamonds can still be cut today in the general shape and signature of an Old Mine or Old European, only ones from this time period would truly be considered as authentic pieces. Many people looking for a vintage style diamond would really appreciate this cut and its imperfect charm.

The advancements made during these cuts would lead us to the modern brilliant just a few years later.