Hand me my Crown: Pros and Con's of Princess Cut Diamonds | Rare Carat 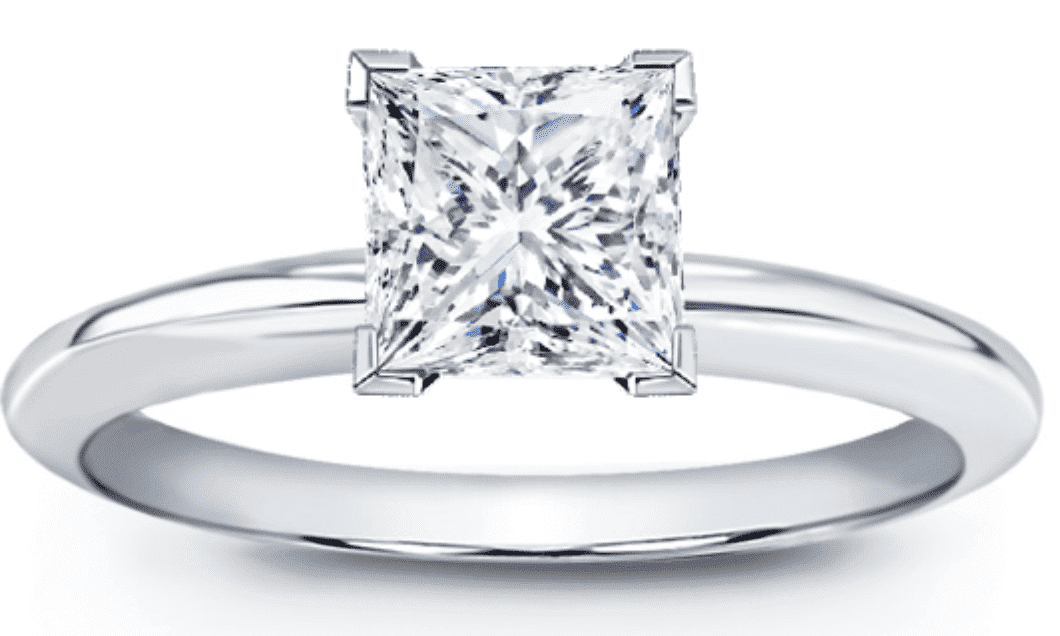 Once upon a time, in a far off land, there lived a prince...- oh, who am I kidding....There was no fairy tale.

In fact, the first actual Princess Cut bore no resemblance to the one we recognize today. It was fashioned in 1961 by a London-based diamond cutter, Arpad Nagy, who was trying to make the best cut possible from otherwise hard to sell, industrial flat stones. It's a bit like calling a brown diamond ‘champagne’ colored to get it off the shelves.

Today’s ‘Princess Cut’ evolved from the Barion and Quadrillion Cut designed in the 1970s, designed to maximize yield whilst retaining sparkle and is otherwise known as the ‘modified square brilliant. It was all about the buck.

So, beyond the appeal of such magical beginnings (huh-hum..), why buy it? Why choose it over a round brilliant cut, say?

Making the Most of It

First and foremost, the reason it was conceived in the first place. With a yield of up 90% (so, that’s pretty much most of the rough going into the finished stone) compared to the round brilliant’s meager 40-50%, it is naturally going to cost less to buy, as it has been far more economical to cut. Go in for a one carat Princess cut diamond and you are going to be paying up to a third less than you would for your classic round brilliant. 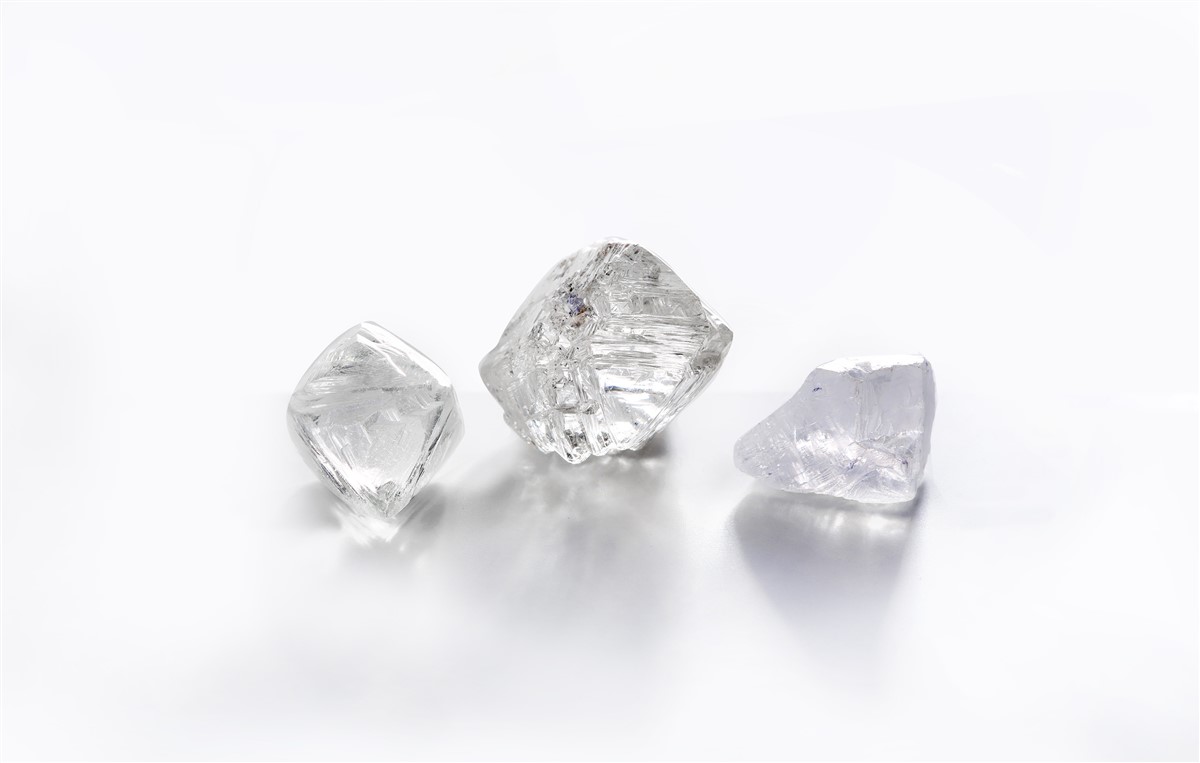 The Beauty of Symmetry

There is also that trick of the eye. That kink in the brain. It’s a square. Squares look bigger than circles. It’s that corner to corner diagonal. Take that one carat stone again. The diameter of a round brilliant cut is going to measure approx. 6.5 mm. The length of the sides of a one carat Princess may only be 5.5mm, but the diagonal is 7.7mm. It just seems to take up more space. Bigger (seeming) stone, greater impact. Simple.

On the subject of illusion, you are also onto a winner with respect to the clarity. Unless there is a great, fat, dark inclusion at the heart of the stone, most little flaws within a Princess Cut will be rendered invisible by the bounce of the light caused by the facets on the base (pavilion) of the diamond. So, there is no need to fork out for a Flawless. You can easily get away with a slightly included (SI1) clarity grade.

Saying that, it is very much down to how ‘bouncy’ the light is. Two factors that will affect this are:

Even a Princess isn't Perfect

All this said, it isn’t always ‘happily ever after.’ The Princess cut does have a few weak spots.

A Little Off Color

Anything other than a round brilliant cut (ie. a fancy cut) is going to brazenly parade any hint of body color when viewed from above. So, if the diamond draws any yellow (H/I or below - what I like to call ‘saying ‘HI’ to color in a diamond), you are going to know about it. And if it's a colorless diamond you are after, that can be problematic. Give the Princess its due, mind. As it only just under-performs the round brilliant cut in light performance, you can get away with quite a lot. Rule of thumb: you can go down to a J color, if you set it in white gold or platinum. 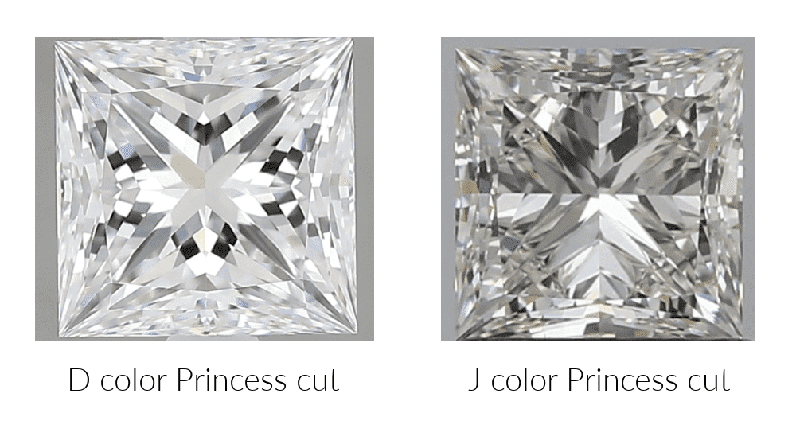 No lessons in geometry here. It’s simple. If a Princess Cut - or ‘modified square brilliant’ - isn’t square, then it isn’t going to look right. The length should equal the width. End of.

A Princess Cut’s best feature is also its worst. Its corners. Four delicate points of screeching vulnerability - particularly if there is a hint of a feather (a poetic term for a fracture) hidden in any of them. If I was going to flag up any of the Princess’s faults, it would be this one. Make sure your prong setting is sturdy. Check the plot on the grading report for any untoward inclusions that would otherwise be hidden by the sparkle of the stone.

Beth West
Beth is the Brit amongst us and a bonafide diamond geek. She is a Fellow and Diamond Fellow of the Gemmological Association of Great Britain, and even has an award to prove her dedication to the subject (Bruton Medal for being the stand out Diamond Diploma candidate). On top of writing for RareCarat, she busies herself with numerous other diamond related projects, including teaching for the Association, but scribbling for us is by far her favorite pastime. Above diamonds, she loves her cats (and her daughter and husband too, obvs).
Get in touch
Chat Now - Gemologists Online(855) 720-4858help@rarecarat.com
Rare Carat
20 W 47th St, New York, NY 100362000 Town Center, Southfield MI 48075
Why Rare Carat?
100% Money Back GuaranteeUnbiased Gemologist InputAI Price & Quality Check Free Insured ShippingFree 30-Day Returns and 90-Day ResizingLaser Inscription VerificationDiamond Price Matching
About us
ReviewsOur MissionGuaranteeDiscount CodesFAQPoliciesSell on Rare Carat
Learn More
Diamonds 101Lab vs Natural DiamondsDiamond TrendsAll EducationBlogTake the QuizEngagement Rings
Popular Searches
© Wed Feb 08 2023 11:15:46 GMT+0000 (Coordinated Universal Time) Rare Carat
Privacy Policy | Terms of Service | Accessibility | Sitemap