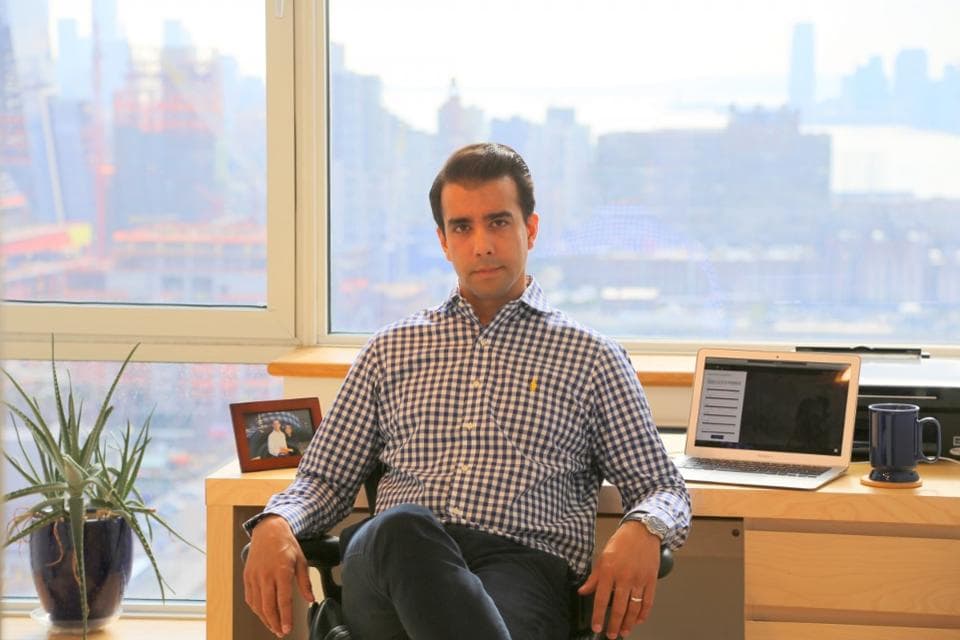 See the original on Forbes.com

I am the author of two books on the intersection of fashion, business, celebrity and culture. The first, Women From the Ankle Down: The Story of Shoes and How They Define Us (HarperCollins, 2012) was called “wickedly provocative” by Kirkus, “fleet-footed” by the New York Times, and was named one of Janet Maslin’s top beach reads of Summer 2012. My second book, Brilliance and Fire: A Biography of Diamonds (HarperCollins, 2016) was called "exhilarating" by the Wall Street Journal, was picked as one of Amazon’s top nonfiction titles of the month, and was featured in best of summer lists at Harper’s Bazaar and The Knot. I have appeared on NPR’s Weekend Edition and Marketplace, and have been interviewed for WSJ Lunch Break and Yahoo Finance. In 2012, I traveled the country giving presentations on the topic of women and shoes. I live with my husband and our son in Williamsburg, Brooklyn.

When Ajay Anand decided to propose to his girlfriend in the spring of 2015, he found himself in an uncomfortable position. He wanted to buy a traditional engagement ring -- an enormous purchase -- but he knew next to nothing about diamonds. And while he had his eye on a big stone, he also had no qualms about seeking out a good deal.

Anand, now 30 and a Wharton Business School graduate, proposed to his girlfriend in July 2015, with an over two carat round diamond set in a classic Tiffany setting. His three-month search for the right stone – at the right price – ultimately inspired his new venture, Rare Carat, which he describes as "a Kayak for diamonds," referring to the discount airfare site. Rare Carat uses IBM Watson technology to compare the price of diamonds across various online retailers, including Blue Nile, Brilliant Earth and Costco.

For Anand, the goal was to create a platform that made comparison shopping simple, saving future grooms-to-be from the tedious job of inputting the same search parameters across a number of sites, for days and days on end. Rare Carat also allows its users to save their searches and set a price alert, so that they’re notified by email when, say, a one-carat emerald cut diamond of a certain quality becomes available for under $2500.

A former actor, Anand trained at New York’s famed Lee Strasberg Institute before moving to India to make it in Bollywood. He says he landed a starring role – but had to pass on it after the director demanded that Anand marry his daughter in exchange for being cast in the film. He then started working at Rocket Internet, a company that takes existing successful American Internet companies, like Seamless and Fresh Direct, and introduces versions of them within international markets. Anand’s first exposure to the diamond world was by way of an e-commerce site called 21 Diamonds.

Even still, Anand had only a basic understanding of the stones and as a potential buyer, he felt less than confident. He visited New York’s diamond district on 47th Street and worried, like many new engagement ring shoppers do, that vendors would sniff out his inexperience and take advantage of him. He turned to researching diamonds online, even though it was inefficient, because of the benefits of price transparency. “I was willing to deal with the drawbacks of buying online because I was saving so much money,” Anand admits.

He grants that using a site like Rare Carat is less romantic than buying a ring at a traditional brick and mortar jeweler, especially for couples who are shopping together, which has increasingly become the norm. But Anand believes that his cohort, millennials, are too accustomed to researching products, and are generally too savvy, to pay a premium for the luxury retail experience. “No doubt using a Kayak for diamonds is less magical than walking into Tiffany’s where they give you a glass of champagne," Anand says. "But is that champagne worth two or three grand or more? I’m willing to stake my financial future on the fact that it’s not.”

Anand is putting his money where his mouth is, as Rare Carat’s founder and sole equity owner. He says they’re self-funded with $1 million, and are looking to raise a Series A by the end of the year. Anand and his colleagues at Rare Carat – Martim Schnack in tech and Saurav Pandit in data science –seem to understand that part of their challenge is going to be in convincing shoppers not just to use their tool for research, but to actually purchase the ring online. As of now, up to 92% of millennials browse diamonds online before buying, according to the 2016 De Beers Diamond Insight Report. However, the vast majority of shoppers go offline for the eventual purchase – seven out of eight, as told by Rare Carat’s mission statement on their website.

To combat this, Anand and his team are working to develop new technologies that will provide users with a more personal interface. They’re collaborating with the IBM Competitive Projects Office on an Artificial Intelligence bot that will talk potential buyers through their first diamond purchase, the way a certified gemologist might. Anand is hoping to have the bot ready by early 2017. They’re also exploring the possibility of using virtual reality software to allow for virtual ring try-ons, so the bride-to-be can see how a certain stone will look on her finger.

Anand understands that Rare Carat’s emphasis on comparison shopping and price transparency is a big departure from the way that diamonds, historically, have been sold. But he believes it is time for the industry to let go of the furtive practices that have determined the price of stones since the days of Cecil Rhodes. “This industry is hurting not because of anything other than its own doing, and that’s across the value chain,” he says. “All the way down there’s intentional obfuscation that doesn’t need to be there. I think they’re trying to preserve a business model that’s not going to last into the future. Consumers are too smart now.”

See the original on Forbes.com