Refinery29 helped us celebrate our 1 millionth search with a cool data piece. The original can be found here.

Even if you're not in the market for a diamond ring anytime soon, let's be real: we're pretty damn curious about what other people are spending on such a pricey item, which tends to be up there with just a few big-ticket purchases (think: a car, a house, college tuition, and/or the actual wedding). A new startup that launched six months ago is trying to modernize and improve the whole diamond-shopping experience for those buying the stone separately, instead of getting a (marked-up) already-designed ring: It's called Rare Carat and it's a comparison-shopping site which bills itself as the Kayak of diamonds, and is trying to make the experience of dropping a lot of cash on a precious stone less confusing and also, maybe, a little cooler. (Just peek at its Instagram bio: "Find the diamond she wants w/o having to move back in with your parents.)

The concept, which aims to bring transparency and a sense of empowerment to the rock-buying experience, came about nearly two years ago, when founder Ajay Anand got engaged in summer 2015. "The process of spending such an exorbitant amount of money was so painful, I was shocked no one had done something about it." It remains an antiquated experience: walk through NYC's Diamond District and you'll be heckled to check out various jewelers' bling selections as Anand recalled to us with a shudder (much like you might be accosted hard to buy cheesy T-shirts and shot glasses in a touristy area of a Caribbean beach resort town). Or, you could attempt to comparison-shop online, basically just on Blue Nile, a.k.a. the industry's last big business model innovation (an e-comm option for diamond shopping), which happened a full two decades ago, Anand pointed out. His day job was, and still is, running Syst Mapp, a company that builds enterprise software used by the U.N. in 50 countries, and he tapped some of his colleagues there to launch Rare Carat.

The site has been averaging approximately 10,000 searches per day, Anand tells us, and is now hovering around the one-million-search mark. Rare Carat shared some stats with Refinery29 about what people are dropping on rocks, and what those stones look like**,** based on its current search data. The site has some interesting intel on popularity of stone shapes: While round-cut diamonds unsurprisingly comprise the majority of the site's searches, the classic shape's popularity has waned (dropping more than 15% over a six-month period) as searches for other shapes have increased. One cut in particular has been especially hot lately: "Ovals are the breakout star of 2017, rising 40% in just six months," Anand said. 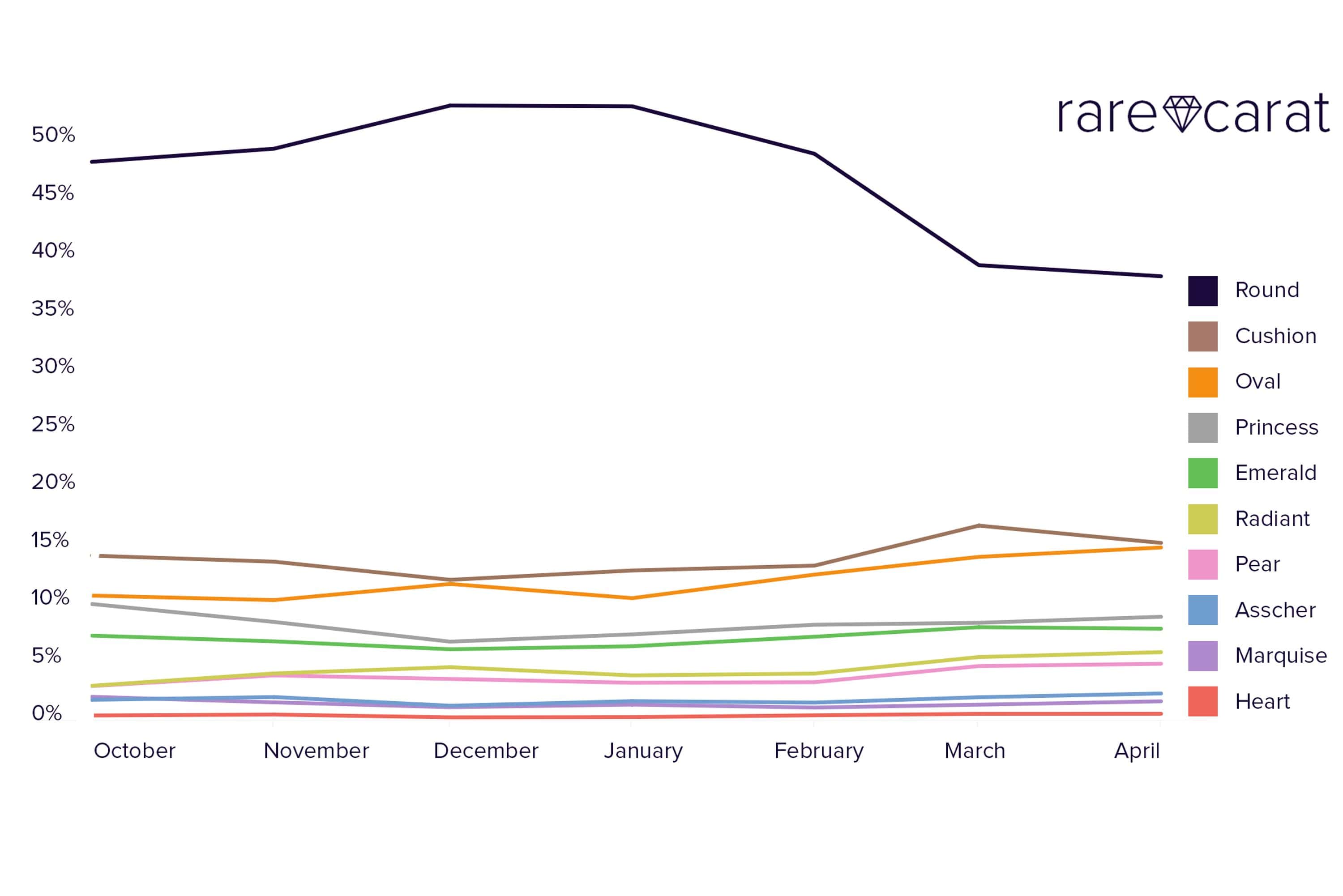 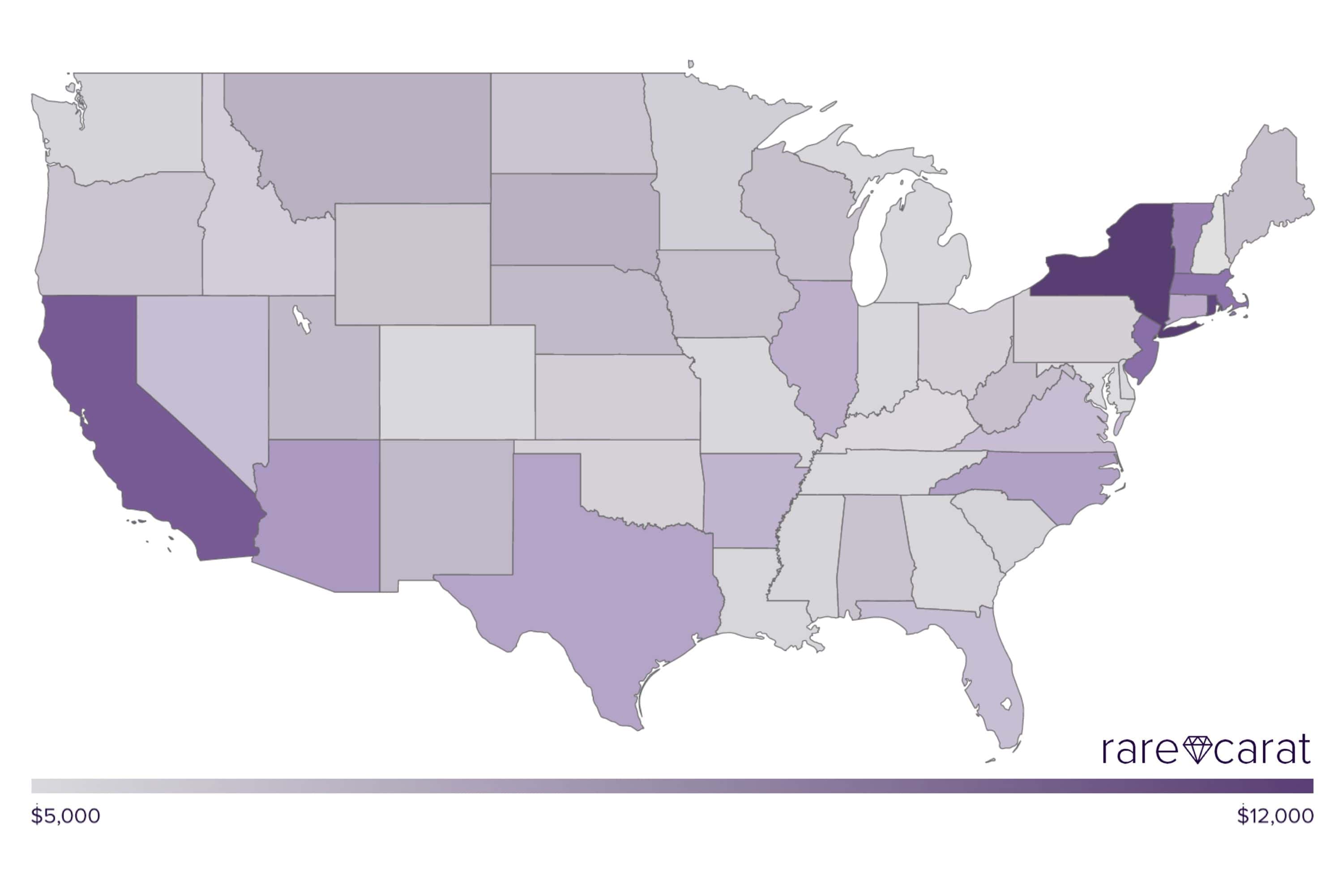 Another way the site wants to make diamond-shopping less of a pain in the ass is Rocky, the first jewelry industry artificial intelligence (AI) bot, which was designed with IBM developers. Anand was skeptical initially about a bling-focused bot: "I associated bots with ordering pizza from Dominos, not a high-end purchase like diamonds, but I was wrong," he explained. "It was a perfect fit: diamonds are a structured purchase — think 4C's [carat, cut, color, clarity] — and people start with little knowledge, plus patience to learn, because of the huge amount of money that could be saved." First-time diamond shoppers have been especially fond of Rocky, and every day the cute bear bot "sits down" with Rare Carat's GIA gemologist who trains him on the things he got wrong, so Rocky is constantly getting smarter, Anand said. Soon, the site will let users comparison-shop for more than just the big-ticket bling itself: You'll be able to search for trends in ring settings, too.

You can dig deeper into Rare Carat's data on what sorts of shapes, price points, sizes and more people are choosing to get hitched in.